Fred Hostetler is an indie artist, American musician, singer/songwriter, and author who has worked with major artists including Johnny Winters, Graham Parker, the Knack, Billy Squier, Jeff Beck, and Grammy award winning producer Jack Douglas. Along with Karen Lawrence he founded the highly acclaimed southern California blues band Blue By Nature. His style, while grounded in blues and Americana traditions,  cannot be defined by a single genre.He won the LA Music Critic Award for Best Singer Songwriter 2019 ...and nominated for Best Video 2019 ‘You Don’t Know What You Don’t Know’ ” He currently resides on Whidbey Island in the Pacific Northwest.

“I love that thang...that is a tune you can feel. It reaches down inside you, reaching in and pulling the heart out of ya…that is what soul is all about.”D.Bowers

"In a Parallel Universe This Will be The Soundtrack to the Fourth Summer of Love."

"Hostetler feels no particular constraints or boundaries to expressing himself through music...that’s what attracts me to Wall Of Dreams the most."

Wall of Dreams EP is the fourth album release by Fred Hostetler since returning in 2018 from 17 years in India and is the followup to Fortuna Redux. He is a blues-loving American singer-songwriter and a rock era survivor who co-founded the seminal LA-based blues rock band Blue By Nature in the 90’s. He worked with major artists like Johnny Winter, Graham Parker, The Knack, Billy Squire, and Jeff Beck, as well as Grammy-winning producer Jack Douglas. He now resides on Whidbey Island in the Pacific Northwest.Hostetler recently received the UK’s 2021 Severn FM (UK) - The Blues Hour ‘Industry Award’. Wall of Dreams Ep is a cohesive thematic work which harkens back to progressive rock days. 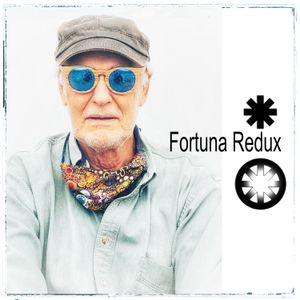 Fortuna Redux* is the third album release by Fred Hostetler since returning in 2018 from 17 years in India.His latest effort is a compilation of his released singles which have been either remixed with additional recording or given a fresh arrangement. The exception is a new original song ‘Lady Luck Fortuna Redux’ which is the title track.