The moment I heard this phrase while watching the national news I knew I had to write this song. The Ken Burns documentary on Country Music and Stephen Colbert’s Late Night monologues provided the fuel and impetus to give it a meaningful lyric and proper bluesy country format to complete it.

I hoped the eclectic arrangement and production would provide the sort of humorous context needed for political/social comment and the implications of the lyric. Acoustic guitar fingerpicking romps along over layered drums with pedal steel guitar providing the melodrama.

Blind justice was helpless,
He pulled her blindfold down Declared truth was fool’s gold And pulled old glory down
He went... he went rogue.

Wound up in a spiderweb
Of adversities,
He got caught up, strung out
In eventualities
(Now he’s)out there somewhere In the unknown going off the rails Gone stone cold rogue
He went...He went rogue
He’s gone rogue 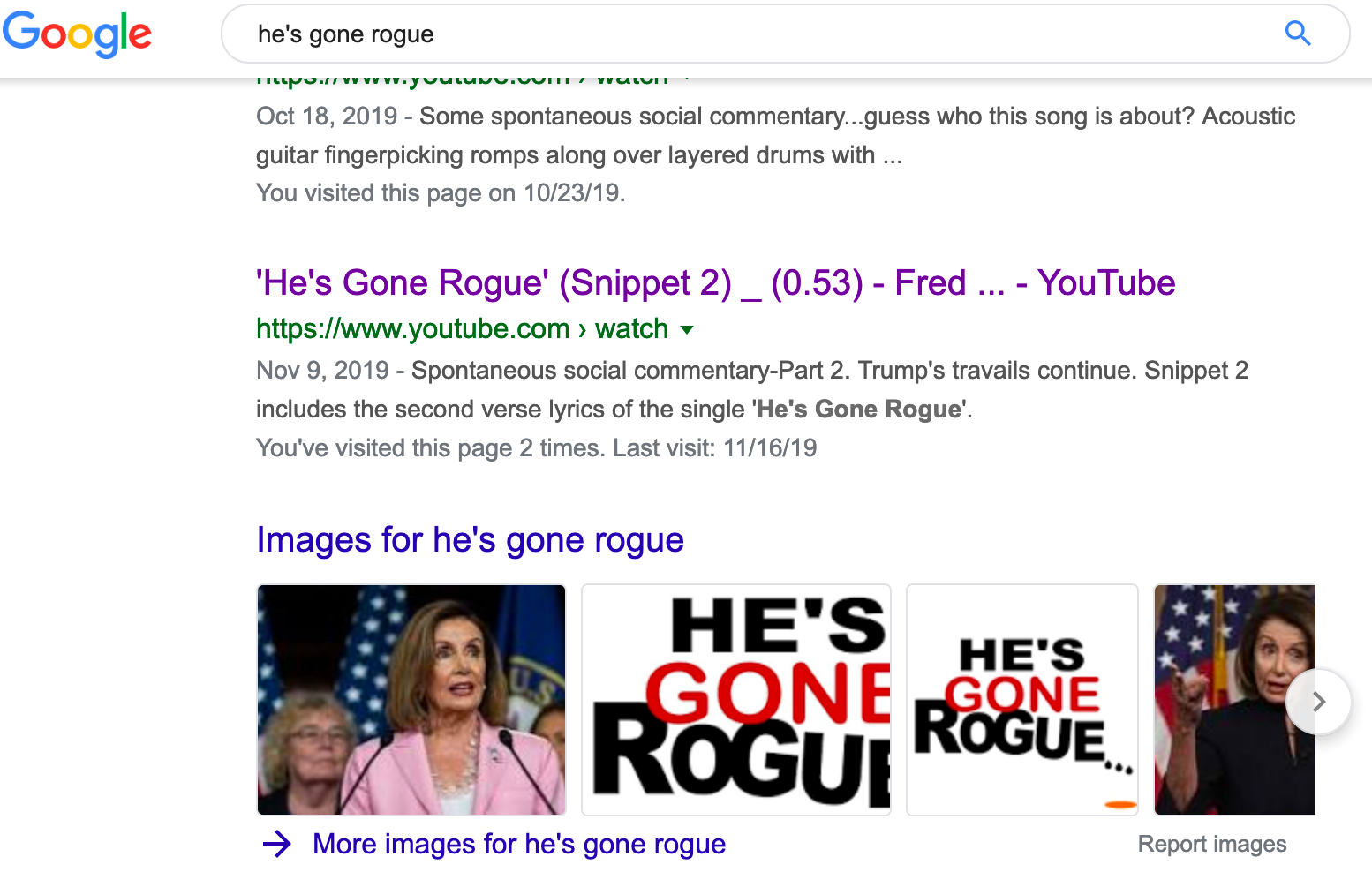